Sign in with Facebook. Sign in with Google. Stay signed in. Take full advantage of our site features by enabling JavaScript. Learn more. Popular items for may 57 Results.


Vintage lot of 3 Sports stars books , , , Baseball and 2 Hockey. FreshPrintsOfThePast 5 out of 5 stars More colors. Only 1 available and it's in 1 person's cart. Only 2 available and it's in 1 person's cart. WorldStamps 4. Robert Fripp is an amazing guitarist but Steve Hackett's guitar work in Genesis is insane. I know its hard to compare guitar players but Fripp is so damn technical, whereas Hackett plays with soul and doesn't sound like he's playing in a laboratory.

Sure Mike Rutherford was in the band but he was a lightweight compared to the other 4. I had the pleasure of going to one of Genesis' first US concerts, Princeton, NJ in during the Foxtrot era when Gabriel shaved part of his head and wore robes singing "Watcher of the Skies". It was almost as mind bending as the first time I saw Pink Floyd in '69 singing "Astronomy Domine", which was quite chilling.

Gabriel's presence on stage was theater for rockers. I believe he may have influenced Bowie in a strange way, that is making rock singing theatrical. As solo artists I can take or leave any of the Genesis guys. None of them make the same sound as they did as a group. A couple of the Hackett albums in the 70's had a few songs that recaptured their sound, but overall his albums weren't enough to keep one totally interested. Posted by Ed on Wednesday, Genesis took theatrical concepts along with classical music influence and made pure musical poetry - both onstage in in the studio. Their influence on musicians is undeniable.

When the public's interest in progressive rock began to wane, they turned themselves into a chart-topping hit machine and even managed to dominate the new medium of music video with three VERY average-looking guys. Who runs that organization anyway? Posted by Vince on Sunday, No disagreements, Moodies should get in first due to seniority. Genesis should follow. Yes, than King Crimson.

Genesis made great records but as a live band they were better than any of the other progressive bands you mentioned. I had the opportunity to see all mentioned with the original lineups live from King Crimson was into their second lineup when I saw them.


Genesis easily was stronger on stage than the others. The Moody Blues did also put on very good concerts. ELP's performances never impressed me in concert.

Emerson's synthesizer playing got very noisy and he played stuff that frankly was alot of distortion. They really went after the audience with a lot of volume but it wasn't anything like Genesis. Yes in concert was also disappointing. I love their studio recordings but my recollections of seeing them live was way too much soloing that became pointless, off-key singing and a uninteresting stage act. They were such good musicians but I don't think they came together as a live band, they were more like 5 soloists playing as a band. For me it got wierd sounding and I didn't think they had a good chemistry as a live band.

Similar to Yes but without as many good songs. Genesis live was really astonishing. Beautiful melodies, great solo's, dramatic costumes. It left you full after the show. Genesis is just one of those bands whose music still holds up as good as it was when it was first made. Albeit as Phil Collins has said they, "have never been fashionable" and they have still been able to sell an estimated million albums world-wide.

They are in the top 30 of the highest-selling recording artists of all-time. Bands as different as Marillion and Dream Theater claim to be influenced by them. If someone actually says this band is not qualified for the hall than they might be insane. Posted by Dude Man on Saturday, Posted by Bingo on Wednesday, Posted by Keebord on Wednesday, Thanks Keebord. But I seriously hope they'll get in sometime in the near future. Better sooner than later. Good luck to you.

Posted by Bingo on Thursday, Who do you think will be giving the induction speech for Genesis? A predecessor, a contemporary, or a follower? Posted by Roy on Wednesday, Posted by QAZ on Wednesday, In Gabriel left the band to pursue a solo career and drummer Phil Collins stepped out from behind the kit to take over.

The band experienced many more hits and successful worldwide tours over the next 30 years. There is no way that Genesis will be passed over this year!!

They've got lots of big name inductees as friends who will be voting for them! They'll make sure it happens. Genesis is in the same boat with the Eagles and Fleetwood Mac. Posted by Roy on Thursday, See, this is all about a Rock Hall plot! Thanks to Matallica for mentioning Deep Purple at their induction. From Digital Dream Door A group with two distinct stylistic eras, symbolized by two future solo star lead singers, Peter Gabriel and Phil Collins, the latter of whom scored hits on his own while still fronting the group simultaneously.

But solo careers aside, the credentials of Genesis are strong on their own.

Their progressive 70's work gives them appeal to that constituency, while a solid run of mainstream hits from the mid's to early 90's keep their familiarity high elsewhere, making them a perfect compromise candidate for prog-shy voters. Posted by Roy on Saturday, Posted by Roy on Monday, Posted by Dude Man on Wednesday, On all the Peter Gabriel era albums, there was at least one song on which Gabriel played flute.

Posted by Aaron O'Donnell on Thursday, Posted by QAZ on Thursday, Posted by Brian on Thursday, From Digital Dream Door Genesis It took the Hall Of Fame more than a decade to figure out how to deal with Genesis, a group that has been a solid presence on the rock landscape since the early seventies, but thanks to two totally different musical incarnations, featuring two different lead singers Peter Gabriel and Phil Collins , resulting in two entirely different audiences for their work and two diametrically opposed legacies, they've never had the momentum to even secure a nomination before.

Their first era will please prog fans who've suffered the indignity of never seeing any act from that style considered by the Hall, but that period saw it's appeal confined largely to the U. Their second era found them aiming squarely at the top 40 singles market with consistent success while at the same time being critically massacred for this mainstream appeal. Both versions of Genesis, taken separately, have credentials enough to be considered strong candidates, and combining the two eras and styles their induction would seem to be all but assured if these things were judged strictly by merits, not tastes.

This being their first appearance on the ballot it will go some way in allowing the sensitive Hall hierarchy to stave off criticisms that they are anti-prog, even while many casual observers who know the group from their 80's singles heyday are oblivious to their prog beginnings. In short, this seems like the ideal compromise candidate for skittish voters. Qualifications: 7 - Solid Choice. Posted by Roy on Friday, Posted by Roy on Tuesday, Congratulations to Genesis! I hope they honor Peter at the induction ceremony which I will watch.

I don't know who will be speaking, but I like Roy's choices. Posted by Dr. W on Tuesday, I'm glad to see the wait finally end for Genesis. Posted by A-Killa on Thursday, Posted by Philip on Wednesday, That can't be said this year with Genesis, who otherwise meet all of those requirements, indicating how split the perception of them has become. The reason for this starts with the fact that there are two drastically different incarnations of the group, the early Peter Gabriel-led prog group, and the Phil Collins led hit machine to follow, and fans of one version are rarely equally passionate about the other.

Progressive rock fans in general will be glad that someone representing that style finally broke through, after fifteen years of waiting since the first prog artist become eligible. Mainstream music fans who know little of that era will wonder how the group made it despite their string of huge singles in the 80's, since those songs aren't well received historically.

Yet while they are clearly deserving of induction, it's unlikely they made it solely because of their credentials, as this seems to be the classic case of a big name, with two respected individuals Gabriel and Collins in their midst, serving as the perfect compromise candidate for progressive rock, which allows the Hall to get that monkey off their back and ignore it for another fifteen years. Posted by Aaron O'Donnell on Tuesday, This is getting interesting! The ones you never see in music videos or on album covers.

The ones you see performing with Genesis in concerts and hear on albums: Chester Thompson drums and Daryl Stuermer guitar. Stay tuned to see if this actually happens. The Grateful Dead and Parliament Funkadelic are still the only groups in the Rock Hall with more than 9 members each, inducted! Peter Gabriel has not been inducted into the Song Hall yet. 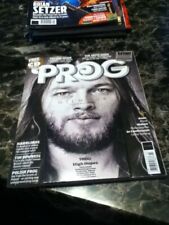 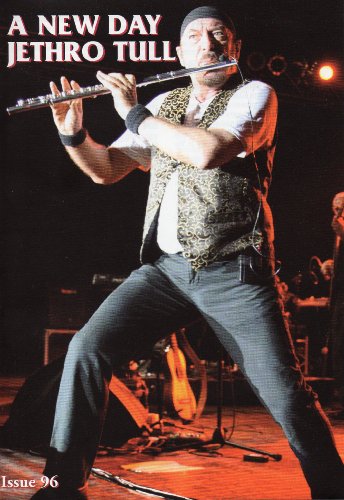 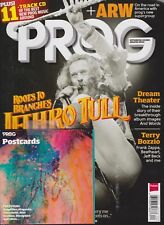